“We remember and celebrate Marvin Weissberg, a beloved supporter of the arts in our region, and a great visionary who founded and led the Weissberg Foundation. Since the beginning of the Helen Hayes Awards in the 1980’s, Marvin recognized the importance of bringing theatre to the Washington, DC community and supported our early start-up efforts.  As a developer and builder, this would naturally grow into a commitment to help build theatres and sustain their operations. He has touched so many theatres, large and small, and leaves his passion, not only on the bricks and mortar, but upon the entire theatre community.”

Marvin’s worldview was shaped by his early years in Depression Era New York and war-time Washington, D.C. As a teenager in 1940’s Washington, he encountered both the influx of energy and idealism of a world capital on war footing, and a provincial, racially stratified city. After graduating high school at 16, he enrolled in the University of Maryland for free (a privilege extended only to the District’s white residents). At 18 he entered the Army, where he built bridges—and traveled the country—as the war had ended.

In 1953, Marvin returned to DC and launched a career in real estate, where he was among the first to realize that Northern Virginia would play a central part in Washington’s economic future, acquiring land and developing one of the first office buildings in Rosslyn with much more to follow. He also immersed himself in Washington’s cultural, civic, and political life. He was a member of Theatre Lobby, Washington DC’s first racially integrated theater, alongside students from Howard University.

As an intrepid traveler and life-long learner, Marvin’s interests and commitments ranged beyond municipal, even national, borders. A founding board member of The National Democratic Institute, he traveled the world as an election observer, building personal bonds with international activists and political leaders. These experiences led to the Foundation’s development of the Weissberg Program in Human Rights at Beloit college in 1998.

In 1988, Marvin established the Weissberg Foundation to deepen his philanthropic efforts and enlarge their impact. The founding and early board members included his daughters, Nina and Wesley, his close friends Marty Heyert, Timmy Napolitano, and Wally Babington, and his beloved partner of 17 years, Judith Morris. As the Foundation enters its fourth decade, it strives to stay true to the deeply humane, humble, and fundamentally optimistic ethos that Marvin continues to model.

“For all the pride he (and we) took in his business acumen and professional success, Marvin’s greatest gifts were his optimism, generosity of spirit, love of family, and abiding concern for the community, country and the world at large.”

Contributions in Marvin’s memory may be made to: Woolly Mammoth Theatre Company, Way to Win, and Weissberg Program in Human Rights and Social Justice at Beloit College. 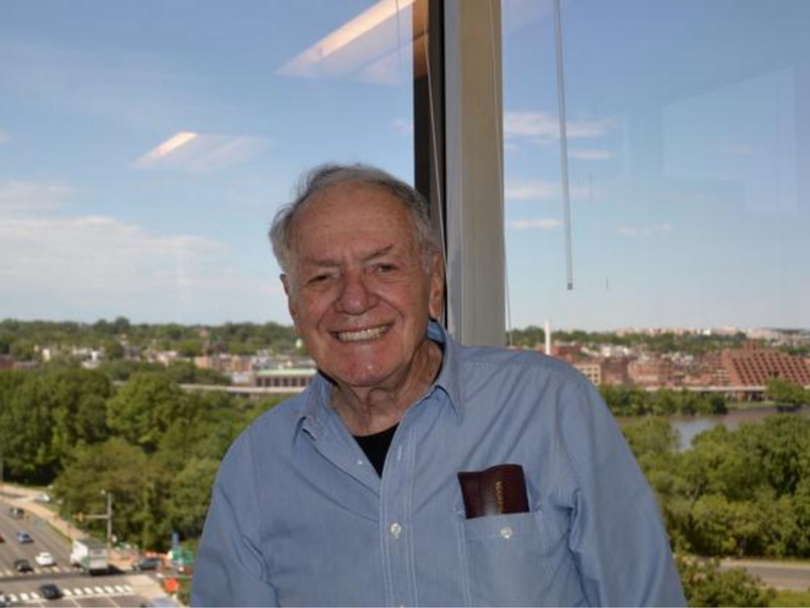