History of the Helen Hayes Awards

In the early 1980s, the Washington Theatre Awards Society was founded by theatre producers Bonnie Nelson Schwartz and Arthur Cantor and drama critic Richard Coe. The group's goal was to recognize and encourage the celebration of the Washington, DC-area’s professional theatres.

The Society established the annual Helen Hayes Awards to celebrate the artistry of the theatre community, and to help spur the growth of emerging companies. The awards’ namesake Helen Hayes was a Washington, DC native and legendary actress famously nicknamed the First Lady of the American Theatre. In May 1984, Helen Hayes herself presided over the inaugural award ceremony.

The Washington Awards Society helped spur one of the nation’s most vibrant theatrical landscapes, bolstering the local and national reputation of Washington, DC-area theatres and attracting audience members to go to the theatre. In 2011, the Awards Society was renamed theatreWashington. The expanded organization would continue to produce the awards and also provide advocacy and educational services for the community.

In 2020, theatreWashington was renamed Theatre Washington in recognition of its growth of several new signature programs. Over four decades, after the launch of the Helen Hayes Awards, the Washington, DC-area theatre community is now one of the largest and most successful in the nation. More than 90 professional theatres and companies enliven the capital area, producing a wide range of classical plays, original musicals, theatre for young audiences, and new work.

The Evolution of the Awards Structure and Judging Process

Over the years, the awards structure and judging process for the Helen Hayes Awards has periodically evolved to accommodate the growth and expansion of the Washington theatre community.

The Helen Hayes Awards were originally judged by a small panel of five to six individuals, who reviewed productions based on the recommendations of a larger nominating pool. In the 1990s, the judging panel expanded to over 50 individuals who were randomly assigned to review productions throughout the year; their initial scores were later tabulated to determine nominees and recipients. Judges were recruited for three-year terms via a public application detailing their background, attendance, and knowledge of area theatres. Applications were reviewed and approved by a rotating panel of three artistic directors from theatres of varying sizes.

In 2013, Theatre Washington announced a restructure of the awards, dividing nominees into two pools – “Helen” and “Hayes” – based on the percentage of Actors’ Equity union contracts in a production’s cast. The judging pool was split into four separate panels for plays and musicals under both Helen and Hayes categories, plus a New Play panel to adjudicate original works and new adaptations.

The process for recruiting judges was changed to directly involve theatres in the selection process and to attract candidates from a broader spectrum of backgrounds and perspectives. Judges were required to attend an orientation and three annual gatherings to discuss and address any issues relevant to their judge service. Judges were also encouraged to participate in an artist panel to hear from performers, directors, and designers about their craft and to field questions relating to adjudicating productions.

The Transition to Gender-Inclusive Performance Categories

On August 22, 2020, Theatre Washington announced the elimination of gender-segregated performance categories for the Helen Hayes Awards. The decision was the result of years of conversations, research, and extensive consultation with peer organizations, nonbinary and transgender artists, and the Washington, DC-area theatre community at large. Theatre Washington wants to share the history of the awards, a breakdown of the decision-making process, and the organization’s plans for moving forward with respect, transparency, and acknowledgment that this work isn’t complete, but ongoing as the theatre community continues to evolve.

Find more information on the process and transition to gender-inclusive performance categories.

Hayes was a remarkable woman – performer, activist, scholar, mother, and friend. A native of Washington, DC, the Awards now carry her name as a tribute and small part of her legacy.

Bonnie Nelson Schwartz is a Tony and Emmy-nominated producer of Broadway theatre, television, and concerts, with over 100 plays, films, television programs, and concerts in Washington, DC, New York, London, and South Africa to her credit. 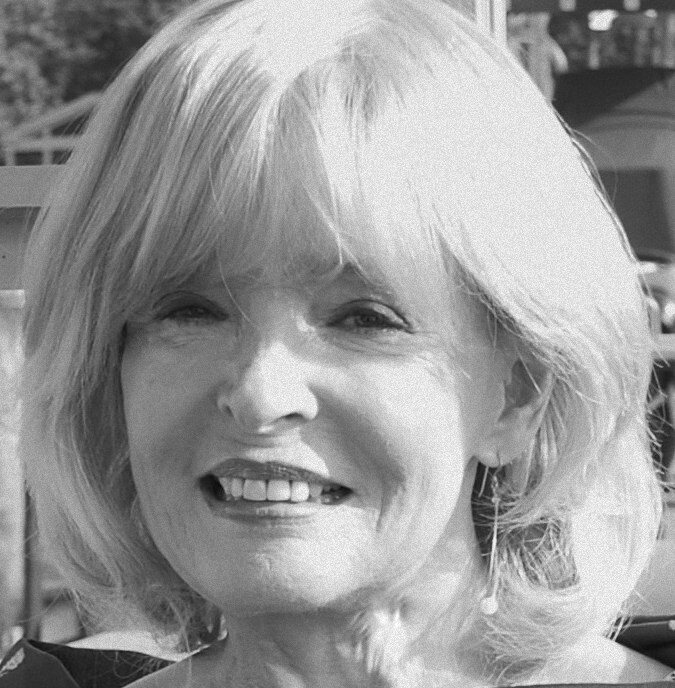