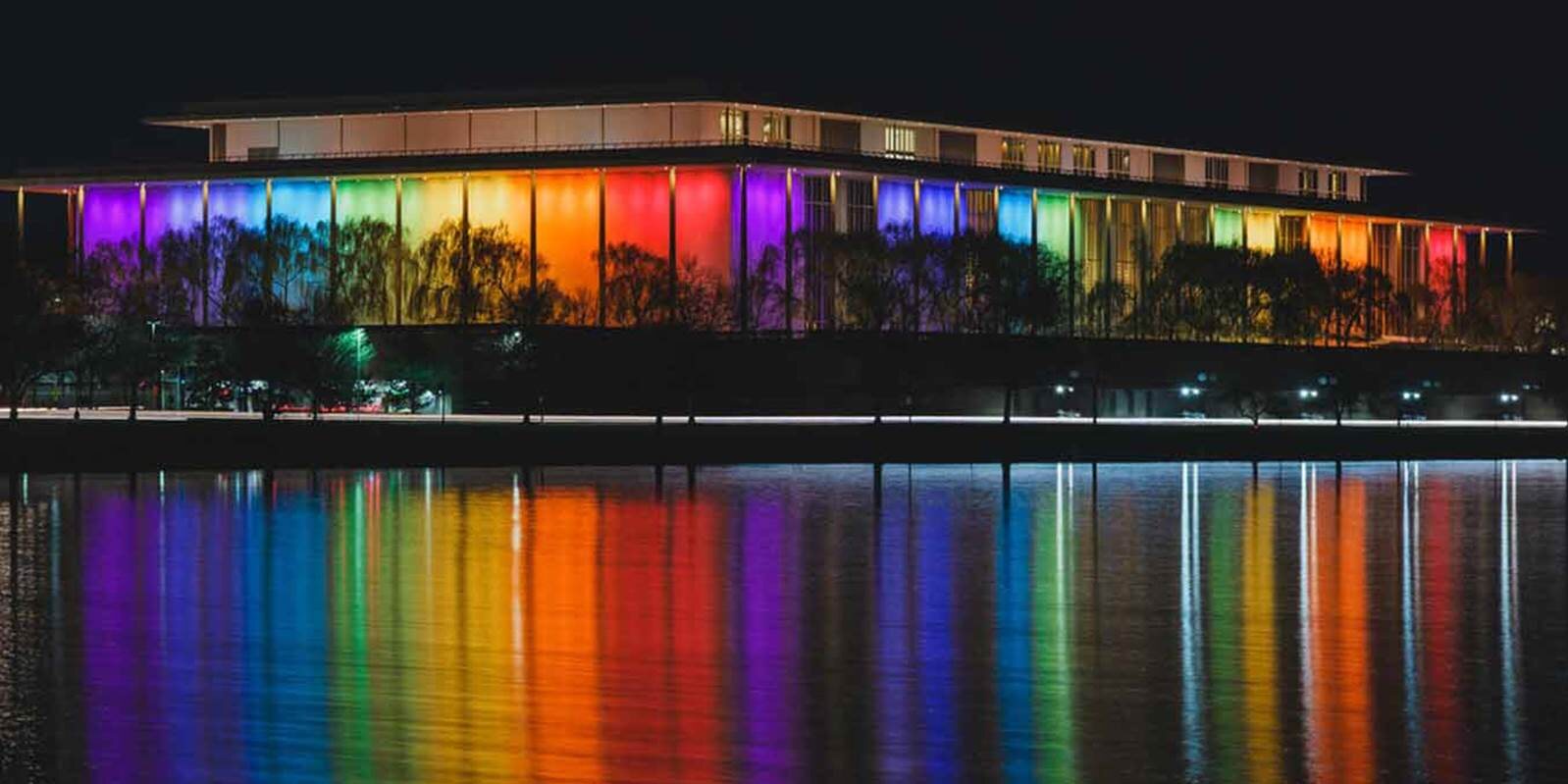 In 1958, President Dwight D. Eisenhower signed bipartisan legislation creating a National Cultural Center in the nation’s capital.  In November of 1962, President and Mrs. Kennedy launched a $30 million fundraising campaign for the Center’s construction.  Former President Eisenhower and his wife Mamie participated in the event which demonstrated the bipartisan support for a world-class center for the performing arts in D. C.  In 1963, President Kennedy signed legislation to extend the fundraising deadline for the Center.

Two months after President Kennedy’s assassination, by an Act of Congress signed into law by President Lyndon B. Johnson on January 23, 1964, the nation’s National Cultural Center was designated as a living memorial to President John F. Kennedy. By this Act, President Kennedy’s devotion to the advancement of the performing arts in the United States was recognized.

Renovated in 1997, the Concert Hall is the largest performance space in the Kennedy Center, seating 2,465. This state-of-the-art facility, which originally opened in 1971, sets new standards for accessibility and sound with a high-tech acoustical canopy, accessible locations on every level, and new seating sections (onstage boxes, chorister seats, and parterre seats).

The Eisenhower Theater, traditionally home to many of the Kennedy Center's theater and dance performances, reopened in 2008 after a 16-month, $17.9 million renovation. The theater now seats 1,164 people, making it approximately comparable in size to many Broadway theater houses. The theater contains an orchestra pit for 35 musicians that is convertible to a forestage or additional seating space.

The Opera House is the second-largest theater in the Center, with 2,364 seats. It was designed for ballet, opera, and musical theater. Over the years, the Opera House has welcomed dozens of the world's great dance and opera companies and has hosted some of the most important artistic events of the last quarter century.

The Terrace Theater is the busiest theater within The Kennedy Center, hosting up to 180 performances each year ranging from music, jazz, dance, film, lectures, and more. Importantly, it also serves as a primary space through which the Center welcomes local arts groups and its artistic constituents, including WPA, Opera Lafayette, and many more.

For more than 32 years, the Theater Lab has been home to Shear Madness, the hilarious whodunit that lets the audience play armchair detective. The Lab also occasionally hosts free Millennium Stage performances.

Public Transportation
The Foggy Bottom/George Washington University Station (on the Orange and Blue lines, at 23rd and I streets, NW) , is the stop closest to the Kennedy Center. From there it is a short walk via New Hampshire Avenue OR use our FREE Kennedy Center Shuttle (signs are towards the left as you exit the escalator). The shuttle departs every 15 minutes from 9:45 a.m.-Midnight Monday-Friday, and 10 a.m.-Midnight Saturdays, and noon-Midnight Sundays and 4:00 p.m.-Midnight on Federal holidays. By bus: The 80 bus goes to the Kennedy Center.
Parking Options
Street parking, Paid garages. See more info at https://www.kennedy-center.org/visit/parking/
Accessibility Information
Visit our accessibility page at https://www.kennedy-center.org/visit/accessibility