The Board of Directors and Advancement Committee of Theatre Washington, in partnership with Craig Pascal, retired community banking executive and husband of Victor Shargai, are thrilled to announce the recipients of the inaugural Victor Shargai Leadership Award: Edgar Dobie, collaborative leader and Executive Producer at Arena Stage, and Paige Hernandez, acclaimed multidisciplinary artist.

The Victor Shargai Leadership Award (VSLA) recognizes individuals, groups, or institutions whose outstanding service and creative leadership have strengthened the Washington, DC-area theatre community. Theatre Washington established the award in 2021 in collaboration with Craig Pascal to honor Pascal’s late husband and beloved DC-area theatre champion, Victor Shargai. For decades Victor was an avid supporter of the Washington, DC region’s theatre community, its artists, and its institutions – generously donating his time and resources to theatres of all sizes. Additionally, Victor served as a long-time chair and member of the Theatre Washington Board of Directors and played a vital role in the annual Helen Hayes Awards. In honor of Victor’s legacy and leadership, the VSLA recognizes individuals or groups who have demonstrated exceptional initiative, collaboration, advocacy, and personal generosity in support of the Washington, DC-area theatre community.

“Victor Shargai was an inspirational leader in our community in so many ways, and it is his relentless passion to connect, collaborate and celebrate Washington, DC-area theatre that defines his legacy. He was our ultimate champion for decades and I’m thrilled that we will now annually celebrate his impact by recognizing leaders who carry on the work and spirit of community-building,” said Amy Austin, Theatre Washington’s President & CEO. “Edgar and Paige are both wonderful examples of how innovative and effective leadership can create community and bring the extraordinary work of the Washington, DC-area theatre community to the forefront.”

“I’m honored to partner with Theatre Washington, an organization Victor loved so dearly, to recognize outstanding leaders in Washington, DC-area theatre annually. It is through the visionary leadership found throughout this community that we will lift up our collective work and accomplishments, create collaborative and equitable workspaces, and be encouraged to bring the best of ourselves to this industry — all criteria for the selection of these honorees,” said Craig Pascal, husband of the late Victor Shargai. “Edgar Dobie has not only effectively led Arena Stage, he has opened it up to the greater community and the city in inspiring ways, humbly leading by example. Paige Hernandez is a shining example of an artistic leader who brings the best out of artists to produce amazing theatre. I applaud her for her commitment to collaboration in a critical time. I could not be more pleased that they have been selected as the inaugural recipients of the Victor Shargai Leadership Award.”

2022 Honorees
Edgar Dobie serves as the Executive Producer at the Tony Award-winning non-profit Arena Stage, which he has led for over a decade. Edgar’s leadership has extended Arena’s reach beyond its stages and into the community as a dedicated neighbor to the dynamic Southwest DC community. He recently opened Arena’s doors as a vaccination and testing site during the Covid-19 pandemic. Edgar has likewise demonstrated collaborative leadership and consensus-building as a champion of theatre throughout the Washington, DC-area. His effective advocacy, personal generosity, and commitment to theatre in the life of our community exemplify the spirit of this award.

Paige Hernandez is a critically acclaimed multidisciplinary artist who works throughout the Washington, DC area as a performer, director, choreographer, educator, and playwright. She is the Associate Artistic Director at Everyman Theatre in Baltimore, MD, and the originator of B-FLY ENTERTAINMENT. Paige is a visionary in the arts, bringing together artists of wide-ranging talents across generations and genres. She inspires creative collaboration and infuses DC-area theatre with her energy and imagination. Her artistic integrity – reflected in a commitment to safe, equitable, and inclusive spaces for artists – is intrinsic to this award.

Victor Shargai Leadership Awards Celebration
The inaugural Victor Shargai Leadership Award Celebration will take place at the Martin Luther King, Jr. Memorial Library in Washington, DC on October 17, 2022. The new leadership event will be co-chaired by members of the Advancement Committee of Theatre Washington, Abby Fenton, Executive Director and Chief External Affairs Officer at Whitman-Walker Foundation, and John Hauge, Chief Financial OfficerThe Global LPG Partnership and a member of Theatre Washington’s Board of Directors. The evening will feature video presentations highlighting Edgar Dobie and Paige Hernandez’s exceptional leadership in the community and provide a chance to socialize over hor d'oeuvres, an open bar, and a vibrant city view from the newly renovated Martin Luther King, Jr. Memorial Library. The event will also serve as a fundraiser for Theatre Washington’s continued work in the Washington, DC area, including the annual presentation of the Helen Hayes Awards. More information, including tickets and sponsorship opportunities, will be available in July. 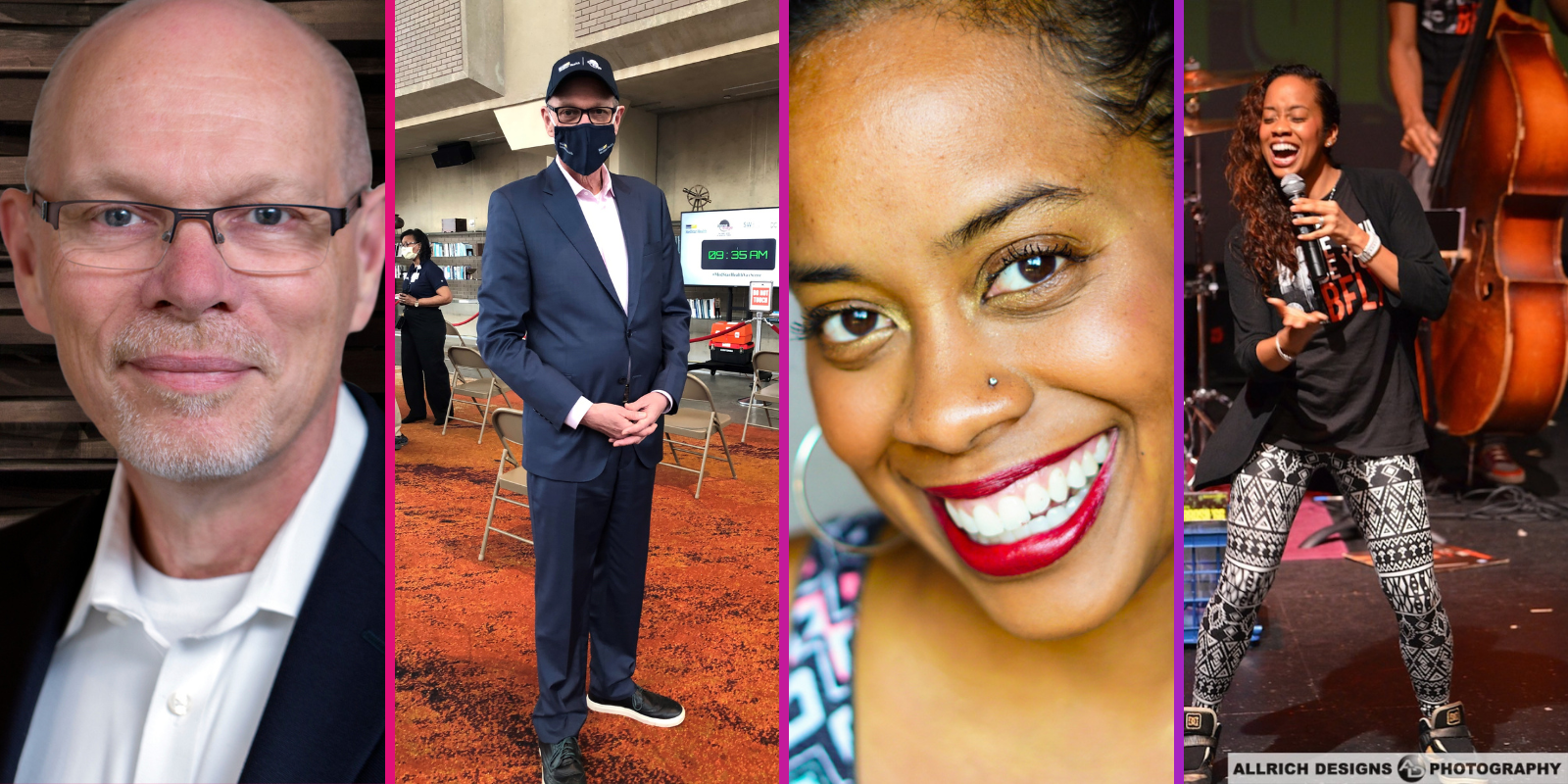