On August 22, 2020, Theatre Washington announced the elimination of gender-segregated performance categories for the Helen Hayes Awards. The decision was the result of years of conversations, research, and extensive consultation with peer organizations, nonbinary and trans artists, and the Washington, DC-area theatre community at large. Theatre Washington wants to share the history of the awards, a breakdown of the decision-making process, and the organization’s plans for moving forward with respect, transparency, and acknowledgment that this work isn’t complete, but ongoing as the theatre community continues to interrogate and dismantle oppressive systems and practices.

The Origins of the Helen Hayes Awards

In the early 1980s, the Washington Theatre Awards Society was founded by theatre producers Bonnie Nelson Schwartz and Arthur Cantor and esteemed drama critic Richard Coe. The trio’s intention was to recognize and encourage the excellence of the Washington, DC-area’s professional theatres. At the time, there were fewer than ten producing organizations in the area.

The Society established the annual Helen Hayes Awards to celebrate the artistry of the nascent theatre community, and to spur the growth of other companies. The awards’ namesake Helen Hayes was a DC native and legendary actress famously nicknamed the First Lady of the American Theatre. In May 1984, Hayes presided over the inaugural award ceremony.

The Awards Society helped create one of the nation’s most vibrant theatrical ecosystems, bolstering the local and national reputation of the Washington, DC-area theatres and attracting new audience members and support. In 2011, the Awards Society was renamed Theatre Washington. The expanded organization would continue to oversee the awards and also provide much-needed advocacy and educational services for the community.

Over three decades after the launch of the Helen Hayes Awards, the Washington, DC-area theatre community is now one of the largest and most successful in the nation. More than 90 professional theatres and companies enliven the capital area, producing a wide range of classical plays, original musicals, theatre for young audiences, and new work by emerging creators.

The Evolution of the Awards Structure and Judging Process

Over the years, the awards structure and judging process for the Helen Hayes Awards has periodically evolved to accommodate the growth and expansion of the Washington, DC-area theatre community.

The Helen Hayes Awards were originally judged by a small panel of five to six individuals, who reviewed productions based on the recommendations of a larger nominating pool. In the 1990s, the judging panel expanded to over 50 individuals who were randomly assigned to review productions throughout the year; their initial scores were later tabulated to determine nominees and recipients. Judges were recruited for three-year terms via a public application detailing their background, attendance, and knowledge of area theatres. Applications were reviewed and approved by a rotating panel of three artistic directors from theatres of varying sizes.

In 2013, Theatre Washington announced a radical restructure of the awards, dividing nominees into two pools—“Helen” and “Hayes”—based on the percentage of Actors’ Equity union contracts in a production’s cast. The judging pool was split into four separate panels for plays and musicals under both Helen and Hayes categories, plus a New Play panel to adjudicate original works and new adaptations.

The process for recruiting judges also transformed to directly involve more theatres in the selection process and to attract candidates from a broader spectrum of cultural backgrounds and perspectives. New judges were required to attend an orientation and three annual gatherings to discuss and address any issues relevant to their judge service. Judges were also encouraged to participate in an artist panel to hear from performers, directors, and designers about their craft and to field questions relating to adjudicating productions.

The Transition to Gender-Inclusive Performance Categories

In 2018, Theatre Washington participated in a series of conference calls with similar service organizations in the United States and Canada. The conversations were an opportunity to discuss issues and share processes relevant to individual membership or partnership programs, as well as awards adjudication and events.

One of the discussed topics was the increasing desire to reduce harm to nonbinary artists by instituting gender-inclusive performance awards. The traditional practice of separating nominees into male and female categories alienates and erases nonbinary artists, and forces them to conform to a system in which they do not see themselves represented.

Theatre Washington brought the topic of gender-inclusive categories for the Helen Hayes Awards to its Adjudication Committee, which advises the Theatre Washington Board on the policies and procedures of the awards. The Committee agreed that the move to combine acting categories would include and honor the valued contributions of nonbinary artists and end the discriminatory practice of strict binary categories. However, the Committee was concerned by the potential imbalance of available roles for cisgender women, trans, and nonbinary artists, and that nominations would disproportionally favor cisgender men.

The Adjudication Committee consulted peer organizations with gender-inclusive performance awards, seeking research on gender breakdowns of nominees and recipients, inequality safeguards, education and training for judges, and general best practices and advice for implementation. One of the key takeaways was that nominees and recipients across gender-inclusive performance categories did not favor cisgender men and were fairly consistently distributed, though the representation of trans and nonbinary artists remained low in comparison to cisgender men and women.

Theatre Washington also employed its accounting firm Klemm & Associates to compile data from three previous years of Helen Hayes balloting to determine any existing imbalance between submitted male and female roles. The data showed that while there was a higher percentage of eligible male roles (54% actors vs. 46% actresses), it was not as unequal as anticipated, though theatres should continue to work towards parity.

As internal conversations progressed, there was also crucial and sustained advocacy from trans and nonbinary artists in the DC theatre community that led to direct action from Theatre Washington.

After a groundswell of support on social media and private meetings with Theatre Washington leadership, nonbinary performer Ezra Tozian proposed a dedicated breakout session at the 2020 Theatre Washington Theatre Summit to solicit feedback from community members about moving to gender-inclusive awards. The session was co-moderated by Tozian and Amy Elaine Smith, a Philadelphia-based trainer and facilitator who worked with Theatre Philadelphia on restructuring the Barrymore Awards.

The results of the breakout session galvanized Theatre Washington to take immediate action. The Adjudication Committee recognized that it needed to engage and involve the individuals at the center of the proposed changes. Five nonbinary and trans members of the theatre community were brought on as members of the committee to consult on the process: Ezra Tozian, Britt A Willis, Cody Whitfield, Temidayo Amay, and Dane Figueroa Edidi. The Adjudication Committee is chaired by Rebecca Ende Lichtenberg and also includes Victoria Murray Baatin, Maggie Boland, Rick Hammerly, Farah Lawal Harris, Evan Hoffmann, Laura Connors Hull, Patti Kalil, Tom Prewitt, Jojo Ruf, and Deb Sivigny.

After this extensive research, consultation, and conversation, the Committee announced on August 22, 2020 that going forward performance categories will be adjudicated as gender-inclusive and expanded to ten nominees each (from the previous five). Two recipients will be chosen for each category to maintain the current number of recipients that are selected and honored each year.

For the 2020 Helen Hayes Awards, though adjudicated as binary categories (actor and actress), 16 performance categories are being renamed and will be integrated and presented as gender-inclusive Awards – listed, for example, as Outstanding Lead Performer and Outstanding Supporting Performer, with two recipients in each category. The decision to rename the categories was made to reduce further harm to nonbinary artists and to demonstrate the new path for these categories.

To help facilitate these changes, the Committee is also working to implement annual anti-bias training for judges, addressing gender-inclusive awards and adjudication, education about nonWestern theatrical styles, and broader anti-oppressive practices and policies. 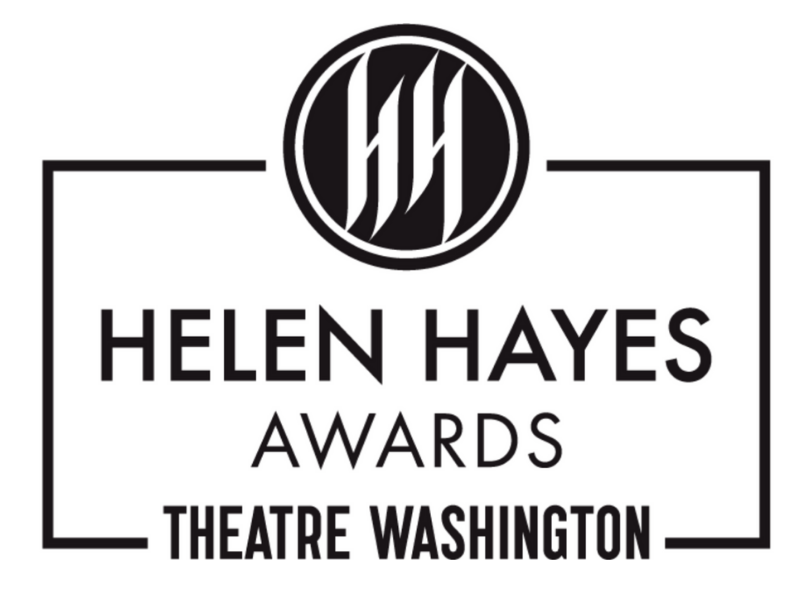