Theatre:
The In Series 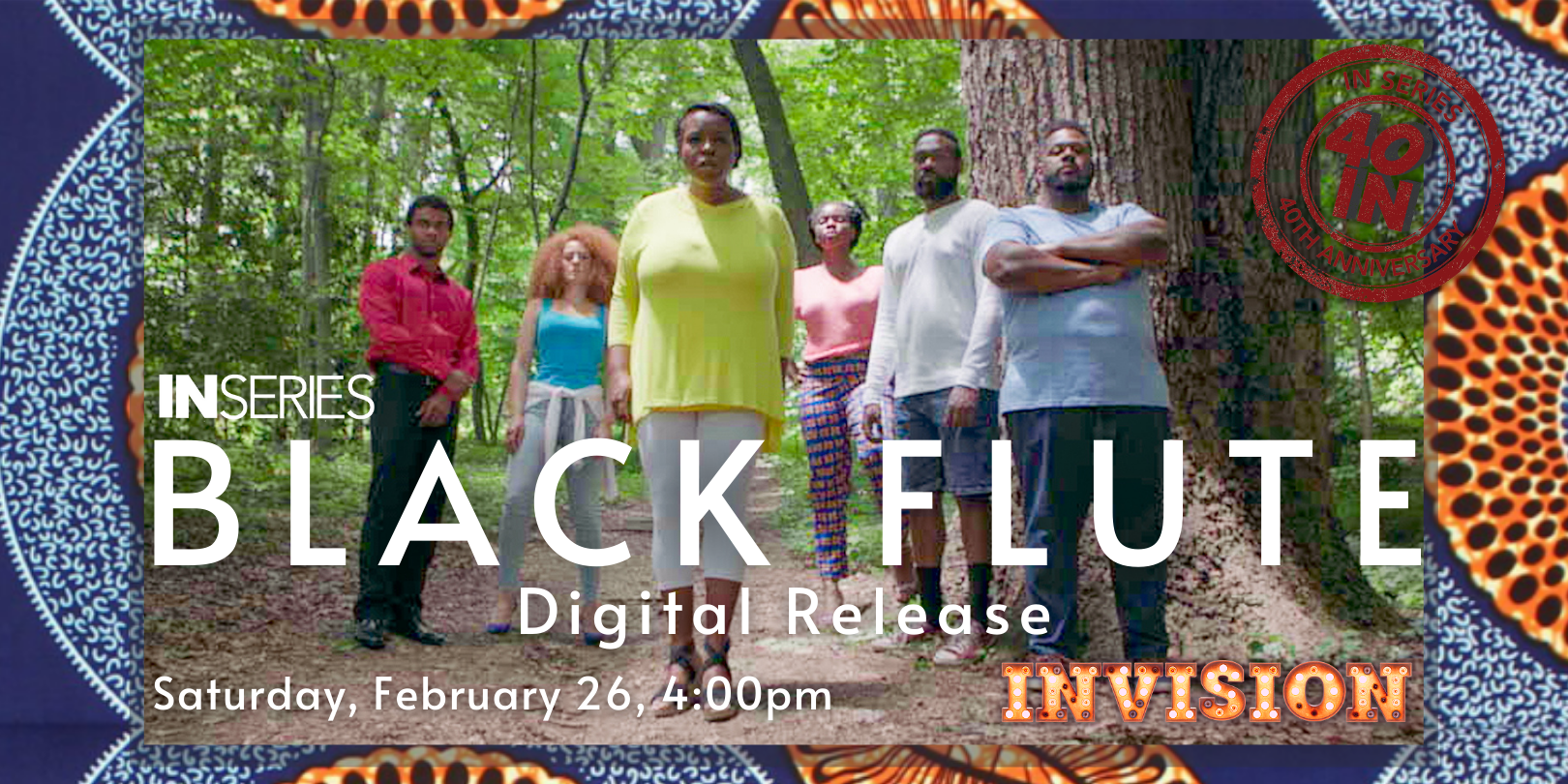 The timeless music of Mozart is brought into the moment with a script by local playwright Sybil Roberts and an updated libretto by Jarrod Lee. Filmed throughout Washington, D.C. in the city’s lush green spaces, the urban oases of Northwest, and at the Anacostia Playhouse, BLACK FLUTE recontextualizes the Enlightenment values of The Magic Flute in a time and place acutely aware of their inherent misogyny and racism, with an all-Black cast of characters grappling with this dissonance and determined to set it right.

BLACK FLUTE continues IN Series’ tradition of calling into question the operatic canon and the status quo of opera creation. While opera historically has been, and continues to be, predominantly the domain of wealthy white men, whose values are often reflected in plots that subjugate women and people of color and in music that exotifies and others non-European cultures and traditions, BLACK FLUTE proposes a revolutionary future for the field, in which Black voices are central to the performance and production of opera.

The work features the contributions of the four artists selected this year for the IN Series Cardwell Dawson Artist Fellowship: Carl DuPont, Elise Christina Jenkins, Jarrod Lee, and Melissa Wimbish. Named for Mary Cardwell Dawson, who founded the National Negro Opera Company in the 1940s, the program is a four-year artist fellowship created by and for exceptional Black opera singers, creators, and advocates, meant to empower future leaders of the industry and radically change the space of opera. The fellows’ artistry is at the heart of this work: from concept, to design, to libretto, to performance. Completing the cast are nationally-renowned soprano Kristin Renee Young, bass William Powell III, tenor Edward Graves, and percussionist and dancer Jabari Exum. With Dr. Elizabeth Hill directing music from the piano, and acclaimed director KenYatta Rogers behind the camera, BLACK FLUTE creates a non-white space for opera and celebrates what Black creativity can do to elevate the form.