“I am thrilled to have Erica and Leah on the Ford’s Theatre leadership team,” said
Ford’s Theatre Director Paul R. Tetreault. “The acumen and talent that each
possesses will strengthen the already dynamic leadership we have. And in adding to our
senior leadership, they bring invaluable perspectives that will enhance Ford's mission,
outreach, programming and commitment to equity, diversity and inclusion."

In the newly created position of Director, Equity, Diversity and Inclusion, Ortiz will
continue the company’s anti-racism and inclusion efforts by updating and standardizing
practices in human resources and onboarding materials; collaborate with the marketing
and production staff to support diversifying audience development; and work alongside
the staff-led Anti-Racism Committee to further develop the lexicon staff utilize around
EDI initiatives, receive and review EDI recommendations, and offer training and support.

As Director, External Communications and Marketing, Frelinghuysen will manage and
evolve the institution’s comprehensive marketing, communication and digital content
strategy and audience development promotional activities. She also will oversee the box
office and visitor services teams for the institution and is responsible for ensuring the
nonprofit meets its annual earned revenue goals.

About Erica Lauren Ortiz
Erica Lauren Ortiz is an equity diversity and inclusion champion, digital media guru and
creative producer. She previously served as Director of Marketing and Production for
Theatre Communications Group (TCG), the national non-profit organization leading for a
just and thriving theatre ecology. As Senior Director of Digital Marketing and Business
Development for Odyssey Media, Ortiz worked regularly with influential multicultural
female audiences and developed digital and event activations for more 30 Fortune 500
companies. Ortiz is a former member of the NAACP National Board of Directors, where
she co-organized a 2006 rally on Capitol Hill of 700 youth to support the reauthorization
of the Voting Rights Act, served on the organization's executive committee and as vice
chair of three committees: Resolutions, ACT-SO, and Membership and Units. Named as
one of the nation's top 20 emerging female entrepreneurs by Fairfield Inn and Suites
ELEVATE program, Ortiz is also Founder of The Brandprint, a full-service, creative
strategy, media and production firm of experts who convene virtually. After 14 years in
New York City and New Jersey, she is happy to return home to the Washington area.

About Leah Yoon Frelinghuysen
In the last decade, Frelinghuysen established a boutique public relations agency
specializing in start-up to mid-size companies, helping to establish new products and
leaders across the consumer marketplace. She has a diverse background working with
leaders in for-profit, nonprofit and political entities. Prior to starting her own firm,
Frelinghuysen served in senior media relations roles at Fox News and NPR. She also
ran regional communications efforts for two presidential campaigns and has served as a
political appointee managing crisis communications and public affairs strategy at the
Department of Homeland Security. As a longtime arts advocate, Frelinghuysen oversaw
the communications, marketing and government relations needs of the nation's largest
performing arts association as the Director of Public Affairs at the Association of
Performing Arts Professionals (APAP). She started her career at VH1, the cable music
channel, as the campaign coordinator, helping to raise $3 million worth of musical
instruments for its pro-social initiative restoring music education programs in public
schools across the country. Frelinghuysen graduated from The Juilliard School with a
bachelor's degree in Piano Performance and a has master's degree from Columbia
University in Public Policy and Administration.

Ford’s Theatre Society was founded under the guidance of executive producer Frankie
Hewitt, who, during her 35-year tenure, established Ford’s as a living, working theatre
producing performances that highlighted the diversity of the American experience. Since
the arrival of Paul R. Tetreault as Director, critics and the theatre-going public have
recognized Ford’s for the superior quality of its artistic programming. With works from the
Tony-nominated Come From Away and the nationally acclaimed Big River, to the world
premieres of Meet John Doe, The Heavens Are Hung In Black, Liberty Smith, Necessary
Sacrifices, The Widow Lincoln and The Guard, Ford’s Theatre is making its mark on the
American theatre landscape. Under the current leadership of Board of Trustees
Chairman Phebe N. Novakovic and through the lens of Lincoln’s leadership and legacy,
Ford’s today endeavors to advance Lincoln’s “unfinished work” with programs and
performances that cultivate empathy, encourage dialogue and bridge divides in
American life. 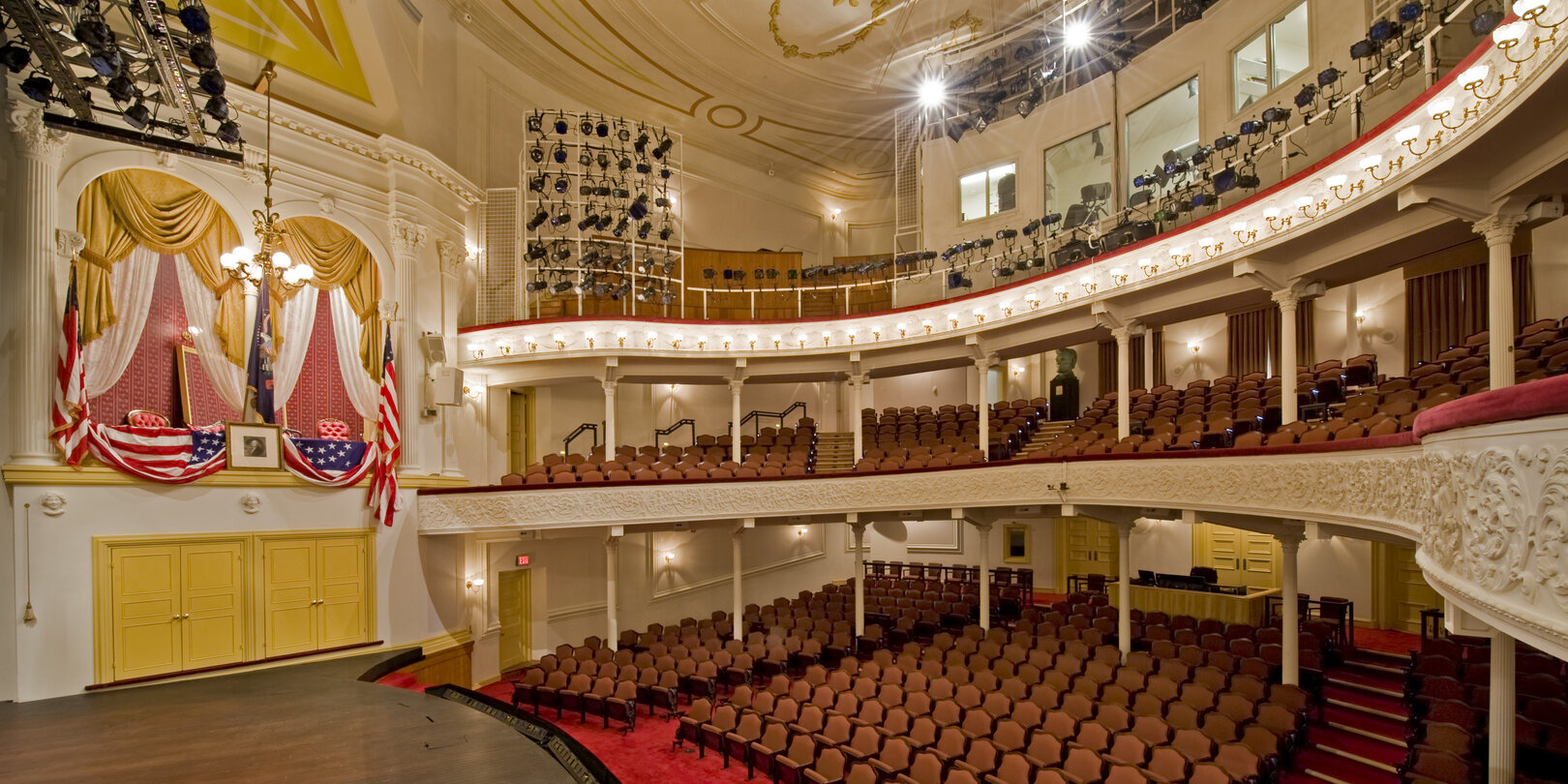