Alliance for New Music Theatre (ANMT) has announced a 2021–2022 season that will continue the company’s distinctive mission: to foster the collaboration of artists across cultures; to nurture the creation, development, and performance of new works; and to use the transformative power of the arts to engage audiences in a conversation and deeper understanding of world events.

Short Gems – A Digital Festival of New Music-Theatre “Shorts”
In 2020, in the midst of a pandemic, Alliance for New Music-Theatre commissioned a series of “Short Gems” and assembled six teams of composers and librettists to respond to works in The Phillips Collection, America’s First Museum of Modern Art, in celebration of its 2021 Centennial. Alliance invited each team to compose for one to three singer-actors and a single instrument and to come in around 20 minutes. The economy of means was carried through into production with a skeletal crew recording in The Phillips galleries to create high-quality filmed music-theater pieces. The completed works showcase a diversity of artists, cultures, and sound worlds across the spectrum of music-theatre, and were in response to the political, racial, gender, and social divisions that created such enormous heat last year. They also demonstrated the ability of different art forms to be “in conversation” with The Phillips Centennial Exhibition “Seeing Differently” with a music-theater call for hearing differently. Having premiered mid-July 2021, the “Short Gems” series is being released one every two weeks. “Short Gems” kicks off Alliance’s 2021–2022 season with digital on-line performances and discussions. The project was supported in part by DCCAH.

Afghan Women’s Portraits: In Our Own Voices
Alliance for New Music-Theatre announces a new initiative: Phase II of its Afghan Women’s Project and multi-year partnership with the Embassy of Afghanistan. Because of the recent announcements of the U.S. withdrawal, making many people in Afghanistan extremely vulnerable and threatening to eclipse altogether female voices in any precarious peace transition, Alliance wants to maintain its support of women’s voices. We have invited Afghan filmmaker Airoshkh, whose short documentary “Look Who’s Driving Now” won international acclaim, to collaborate on a series of initial video portraits to help further the story of the ongoing resiliency of Afghan women as cultural keepers and art-makers. Through this Phase II series, Alliance will produce 8 to 12 short video portraits, initially featuring women living in Afghanistan's diaspora. These portraits will serve as glimpses into women’s music, poetry, calligraphy, dance, visual arts, and costume/fashion design of a culture that is already endangered and at risk of being further destroyed. We hope to feature these portraits further in the culminating production Women of Troy: Voices from Afghanistan.

The aim of Alliance’s portraits is to give voice to ordinary Afghan women and show their lives as extraordinary — artists, educators, and stewards of Afghanistan’s rich cultural past. Ambassador Roya Rahmani commented: “There is no more important time to feature the women of Afghanistan, highlighting the positivity of their contributions and making essential women’s role in lighting the way to a true peace.”

The Black Georgetown Cemeteries Project
Alliance for New Music-Theatre has responded to the invitation and joined with Mt Zion Church, Dumbarton United Methodist Church, and Mt. Zion – Female Union Band Society Historic Memorial Park, Inc., to develop an original work of music-theater, bringing to light some of the complex and little known history of Black Georgetown through stories of the “residents” of the conjoined cemeteries (Mt Zion and Female Union Band Society). The process of engaging in the research offers our community the opportunity for meeting and learning more of “the whole story” of our city: the particulars of urban slavery; the complex relationships of Black and white dwellers who lived, worked, and worshipped together; the Female Union Band Society, an African American benevolent organization, and its lesser known but critical role in DC’s Underground Railroad network; and the significance of Black community leaders such as Clement Beckett and Charles Turner. We have invited from Georgetown University student archivists, orchestra members, as well as community members of the two Methodist churches, long involved in reckoning and reconciliation work, to join our assembled cast of professionals including composer (Ronald Walton) and librettist (Jarrod Lee) in the artistic “excavation” to honor this sacred ground. The conjoined Black Cemeteries were designated a UNESCO site of memory associated with the Slave Route Project in 2018.

The Mount Zion Cemetery Project will culminate in site-specific performances that will premiere as part of DC Emancipation Day’s 160th anniversary, April 16, 2022, performed in both the cemetery and the historic, formerly Old Methodist Church. Shortly thereafter the work will anchor the celebration of the Sestercentennial (250th Anniversary) of Dumbarton United Methodist Church, once united with the Mt Zion United Methodist Church, and Mount Zion’s own anniversary when it split off from Old Methodist, the “mother church.” The coming together for these performances is symbolic of the needed reckoning and reconciliation work in the District of Columbia and across this nation.

Based on a true encounter by Larry Ortiz, advisor to the project, two men trespass the rule of “no engagement” between “Sojourner” and “Samaritan” when they inadvertently meet, and both face difficult moral choices. The opera will put the audience “on the road” along our southern border in difficult, sometimes unintended encounters that surround the many issues of immigration, national boundaries, and cross-cultural and -linguistic engagement. How does one act when one has to decide in a split second on the fate of a fellow human being?

In its commitment to imbed artistic production in ongoing community relationship-building, Alliance for New Music-Theatre will lead an inaugural partnership with GALA Hispanic Theatre, IN Series, the Mexican Cultural Institute (MCI), Sitar Arts Center (SAC), and Saint Stephen and the Incarnation Episcopal Church to create a Youth Chorus de la comunidad. The two-year Youth Chorus pilot program will provide four full semesters of instruction featuring choral singing and storytelling in Spanish and English to DC students Grades 4–8 in after-school workshops during the academic year. Up to 30 students will be able to participate in the free, bi-weekly after-school classes held in the heart of Columbia Heights, drawing together Hispanic students also from Mount Pleasant and Adams Morgan neighborhoods. The organizational partnership aims to help build and strengthen a bilingual multi-cultural corridor.

Finally, Executive Director Duane Gelderloos leads another season of Live & About monthly outings to DC music-theater productions around town where audience members get to engage in dialogue following each performance and wrestle with issues and hold up to the light and share new perspectives. Stay tuned. 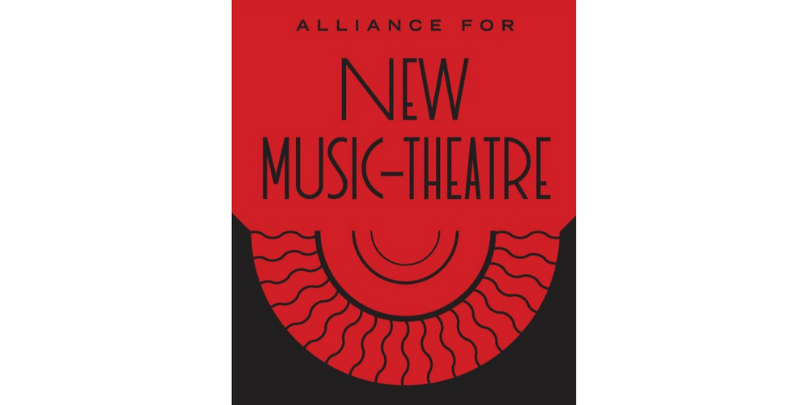