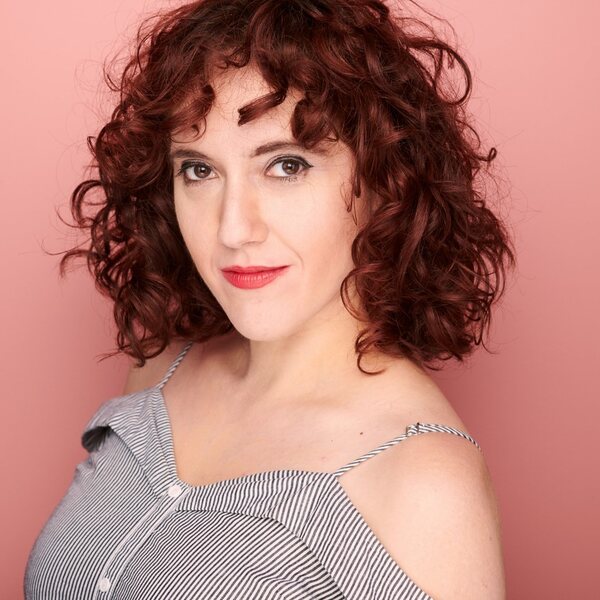 Emily (SAG•AFTRA) is an actor, vocalist, mezzo-soprano (or soprano with a solid bottom, as her voice teacher says), teaching artist, and voiceover artist of Mideast Jewish descent, native to and based in Washington, DC. A cousin was the late radio and TV actor and screenwriter Billy Idelson - recurring star Herman Glimscher on The Dick Van Dyke Show, who also wrote for The Twilight Zone and The Andy Griffith Show (not that she expects this to ever get her anywhere...).

As a theatre artist, Emily specializes in strong, spirited women who may look like ingenues, but are caught in dynamic power struggles with rich, complex inner histories.  Since 2016 she has had the privilege of originating multiple new works with several of DC's new emerging playwrights, many of which have gone on to be fully produced and published - DC playwright Patrick Flynn's The Ferberizing of Coral, in which she originated the roles of Coral aged 8 and 17, was published in Samuel French's Off-Off Broadway Festival Plays, 43rd Series in August 2019. She was a founding collaborator with Tradition Be Damned (TBD) Immersive, DC's first company dedicated entirely to immersive work, founded in 2016, and since 2021 has been studying classical and contemporary musical theatre voice with Dan Thaler of Matt Farnsworth Vocal Studio in New York City.

​When Covid-19 closed the world down in 2020, Zoom as a new medium allowed her to join podcasts and a variety of global livestreamed projects while moving her teaching artistry online, with students and castmates as far as Singapore, the UK, South America, and Israel. The largest of these was Richard II with The Show Must Go Online, a youtube-based, international company led by Ben Crystal and Robert Myles that performed the entire canon of Shakespeare over 1.5 years with actors on zoom, live at the same time all over the world, and broadcast live with an audience of online "groundlings."

​In 2022 she was cast by Tony-winning director and playwright George C. Wolfe in RUSTIN, a feature film starring Colman Domingo and Audra McDonald, slated for release on Netflix in summer 2023.

Past Productions
The production history database begins with Helen Hayes Awards-eligible productions since 2011.
The Mollusc
The Tempest
A reading to fight hate: God's Country
Doubt (A Parable)
The Trap