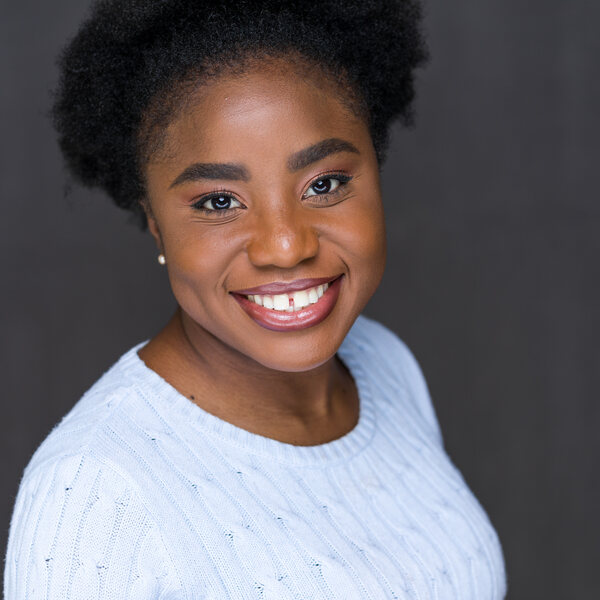 Born and raised in Accra, Ghana, Debora has been involved in the arts all her life. She was first introduced to the arts when she got involved in church plays, and began singing in the choir at the age of 6.

Debora fully discovered her dream in 1999 when she starred in the made-for-tv movie in Ghana titled "The Good Neighbor," an adaptation of the well-known story of the Good Samaritan.

Since relocating to Virginia in 2002, Debora has been avidly involved in the arts, performing in plays, musicals, and variety shows across the board, and earning a Bachelor of Fine Arts degree from the Virginia Commonwealth University in Richmond, Virginia in May 2012.

Debora's main goal as she performs is to inspire an audience member, igniting the same passion she has for the arts in someone.

Past Productions
The production history database begins with Helen Hayes Awards-eligible productions since 2011.
School Girls; Or, the African Mean Girls Play
The Cat In The Hat
As You Like It
The Dog in the Manger
Distracted